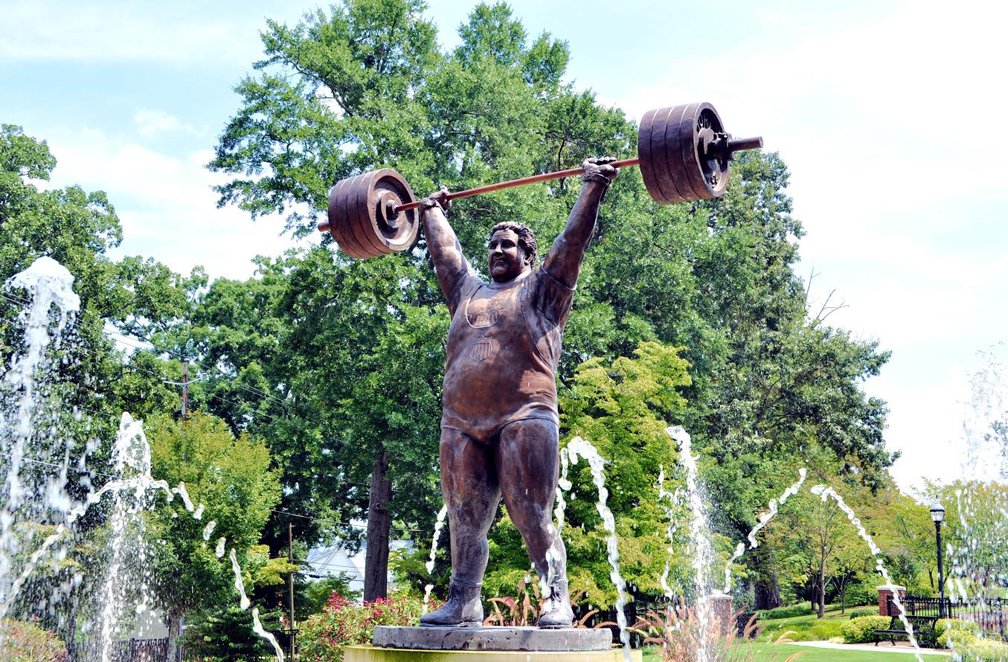 Paul Anderson was an amateur weight lifter and professional strongman who gained widespread recognition in the 1950s and 1960s as the strongest man in the world. While deeply rooted in the culture of rural Stephens County, Georgia, he became a national, world, and Olympic heavyweight champion, a cold war hero, and a worldwide icon for strength and size.

The concept of a park honoring Paul Anderson came not from the leaders in our community, but from some of Toccoa’s possible future leaders – fourth grade SEARCH students from the Stephens County School System.

?In the spring of 1999, a group of fourth grade students from the Stephens County 1998-1999 SEARCH class (Seeking Educational Achievement and Reaching Creative Horizons gifted program) took it upon themselves to research the life of a famous Toccoa native they had heard about. After concluding their research, the students were inspired to become civic activists, seeking to establish a public memorial to recognize the achievements of Paul Anderson, arguably one of Toccoa’s most famous natives.

The Park is owned and operated by the Paul Anderson Memorial Park Foundation, a 501(c)(3) tax exempt corporation. The foundation’s purpose is to provide a a green space in the community for people to enjoy and honor a local native not only known for his outer strength, but his inner strength and Christian faith.

One of 26 gardens featured  on the Northeast Georgia Garden Trail, the park is known for its beautifully landscaped gardens and walkways. With park benches, tables and chairs, the park is available to rent for events and special occasions.

The Park is made possible by the generosity of businesses and individuals. Donations are graciously accepted to fund the ongoing operations and maintenance of the Park. (donate)

Dubbed “the Dixie Derrick,” Paul Edward Anderson was born on October 17, 1932, in Toccoa (Stephens County), the only son of Ethel Bennett and Robert Anderson. His father worked in construction, often on hydroelectric projects, throughout the Southeast. Thus the family moved frequently, and Anderson attended various public schools. After overcoming Bright’s disease as a child, he steadily gained strength, size, and athletic ability. In 1950 Anderson attended Furman University in Greenville,SC, on a football scholarship but resigned during the first year. While there, however, he started weight lifting seriously and realized his extraordinary leg strength by squatting more than 400 pounds.

After moving to his parents’ home, Elizabethton, TN, Anderson was discovered by the legendary dead-lifter (one who lifts weights from the floor to hip level) Bob Peoples. Eager to enter competition, Anderson developed basic power by hip-lifting a concrete-filled safe and practiced his technique on the overhead lifts. In the 1952 Tennessee state meet, he broke all heavyweight records in the press, snatch (in which the weight is raised from the floor to an overhead position in one motion), and clean and jerk (in which the weight is raised to shoulder height and then, after a brief pause, lifted quickly to the overhead position), and then performed a 660-pound squat. At the 1955 national championships in Cleveland, Ohio, Anderson set a world record of 436 pounds in the clean and jerk and later gained international acclaim at a meet in Moscow by becoming the first man in history to press more than 400 pounds.

The Russians called him chudo prirody, “a wonder of nature,” and Anderson quickly became a cold war symbol of America’s massive strength and superiority. At 5 feet 9 inches tall and 350 pounds, the Georgia strongman went on to become world heavyweight champion at Munich in 1955. Though weakened by fever and weight loss, Anderson won an Olympic gold medal at the Melbourne, Australia, games in 1956 and returned to Toccoa as a conquering hero. He raised weight lifting from obscurity to prominence by his seemingly superhuman might.

Having won the highest accolades possible in amateur weight lifting, Anderson entered show business as a professional strongman. Whether he unofficially performed a 1,200-pound squat and a 6,270-pound back-lift has been much debated, but most pundits believe he either did them or could have done them. One credible witness saw him perform eight easy squats with 700 pounds; Anderson claimed to have done eight with 800. He also pursued professional wrestling and boxing careers briefly.

In 1959 Anderson married Glenda Garland. Their daughter, Paula Anderson Schaefer, was born in 1966. After committing their lives to Christianity, in 1961 the Andersons established the Paul Anderson Youth Home in Vidalia to raise troubled young men ages 16 to 21 in a wholesome and disciplined environment. Over the next two decades Anderson traveled throughout the country conducting lifting exhibitions and giving Christian witness to raise money for his youth home. In 1974 he was inducted into the Georgia Sports Hall of Fame. At the USA Power and Strength Symposium in Orlando, Florida, in 1992, Anderson was named “Strongest Man of the Century.” After a prolonged kidney illness, he died on August 15, 1994. 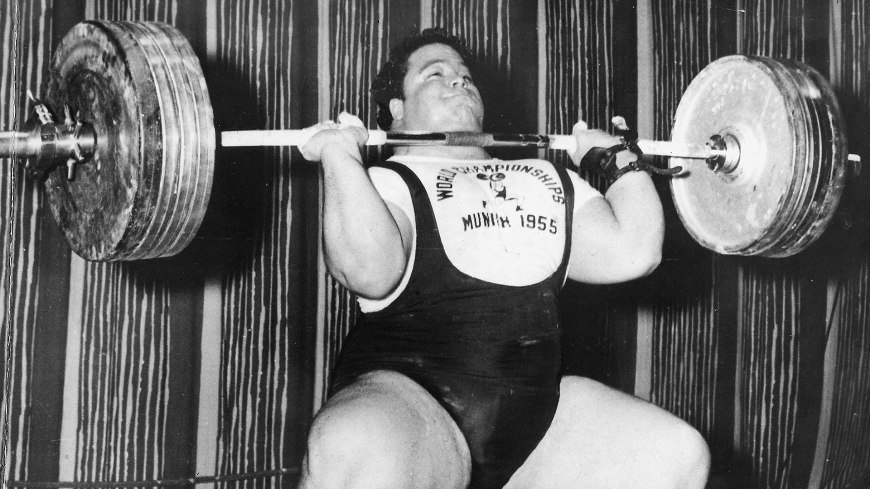