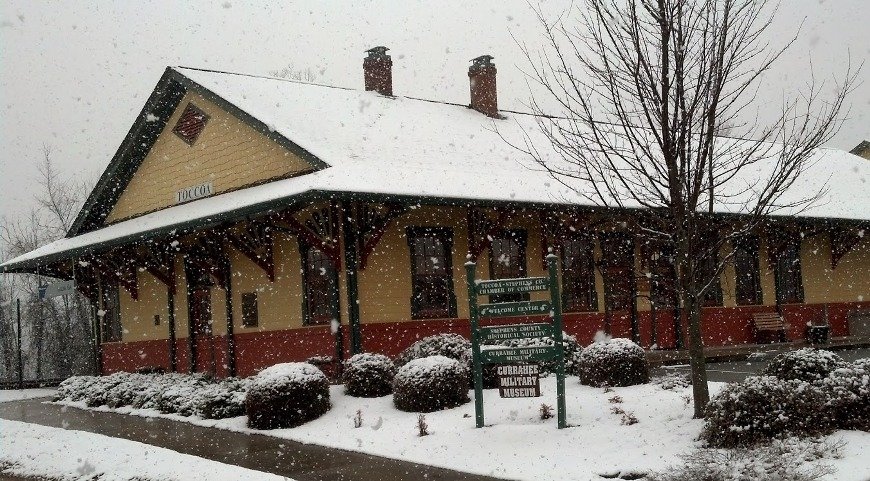 This small town train depot packs a lot of fun and information into a relatively small space adjacent to the tracks in downtown Toccoa, seat of government for Stephens County. Within its walls are the Toccoa-Stephens County Chamber of Commerce, the Welcome Center, The Stephens County Historical Society and the Currahee Military Museum. A train car houses a rail museum behind the depot.

Nobody is positive when the Depot was built, although the date of 1915 (what the museum uses) may be correct. Much, however, is known about the adjacent railroad line. Built as the Atlanta & Richmond Air-Line Railway it reach Toccoa, the last stop in Georgia in 1873, then Habersham County. In 1877 the railroad was renamed Atlanta & Charlotte Air-Line Railway and in 1894 became the Southern Railroad, which still operates the line today.

Probably the most famous event occurring at the depot was a brief speech given by Franklin Delano Roosevelt in 1936 from his special train while on his way to relax at Warm Springs. Today only the Southern Crescent (now the Amtrak Crescent) makes regular stops (for Crescent service the line was dubbed the Piedmont Air Line).