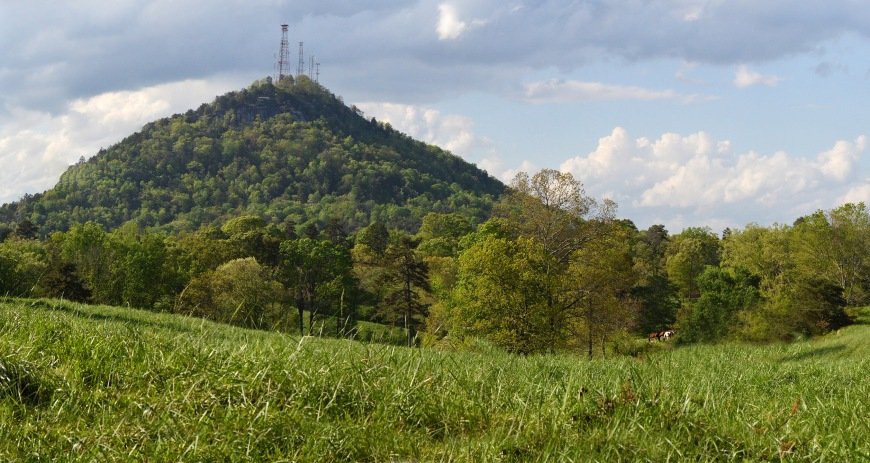 A favorite attraction in Toccoa is Currahee Mountain, the last mountain of the Blue Ridge chain that rises more than 1,700 feet about sea level. According to legend, Cherokee Native Americans named the mountain Currahee quu-wa-hi, meaning “stands alone.”

Technically part of the Georgia Piedmont or foothill province, Currahee Mountain rises abruptly about 800 vertical feet above the local topography and is the highest peak in Stephens County. Part of the mountain is in the Chattahoochee National Forest. On clear days, the peak’s 1,735-foot summit is visible for many miles and is a prominent landmark to the southeast of Georgia’s Blue Ridge Mountain crest.

During the Indian Wars, the famous Indian fighter Andrew Jackson engaged the Indians at Fort Hill, which was near Currahee Mountain in the “Battle of Currahee.” During World War II, the mountain again became part of a war; the U.S. Army selected Currahee as the site for its first Parachute Infantry Training Center, Camp Toccoa.

The mountain was made famous internationally by Tom Hanks’s and Steven Spielberg’s television miniseries Band of Brothers, in which it was featured as a training site of the American Paratroopers where they ran up and down Currahee. The name of the mountain became the motto for these paratroopers including the famous mantra: “Three Miles up, Three Miles down”.

Currahee is a popular destination for rock climbing and rappelling and is the site of the annual Currahee Challenge, a three and six mile race on the mountain each fall. Hiking and mountain biking trail maps available at the Toccoa-Stephens County Chamber of Commerce in the Historic Train Depot in Downtown Toccoa.

One of the radio towers at the top holds NOAA Weather Radio station WWH24, serving parts of Northeast Georgia and Upstate South Carolina from NWS Greer.