All place has meaning, so long as it can still support memory. The spot of earth upon which we stand has importance if we can remember what once was there. The stories about the places we occupy give meaning to them and thus to our own lives. Sometimes our sense of place becomes so strong that it establishes sacred space. 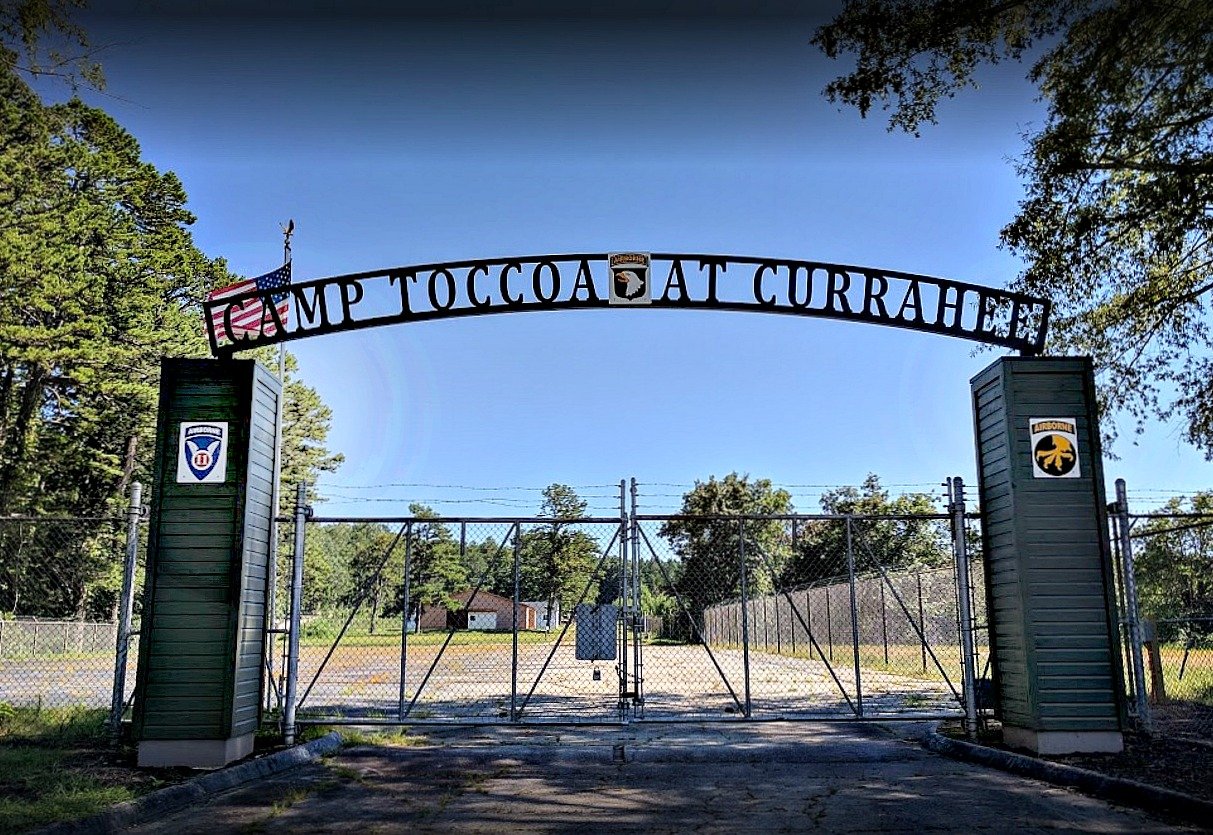 For many, Camp Toccoa in Stephens County is sacred ground. It was built in the mid-1930s by the Civilian Conservation Corps — Franklin D. Roosevelt’s Great  Depression-era project that put millions of young men to work and was later renamed the Works Projects Administration (WPA). Intended initially for Georgia’s National Guard.  Originally called Camp Toombs, named for Confederate Civil War General Toombs, the camp was commandeered in 1942 by the U.S. Army to prepare a new kind of soldier. Four regiments of men received their primary training as paratroopers here. During the next three years, 18,000 recruits passed through a space that was filled with hundreds of tents, buildings, training areas, roads, and parade grounds.

The name was changed to Camp Toccoa after the camp commander pointed out the irony that arriving recruits walked Georgia Highway 12, passed the Toccoa Casket Company, marched through a cemetery and arrived at Camp Toombs to learn to jump out of an airplane.

Today, Camp Toccoa is remembered as the place in which that band of brothers known as E Company of the 506th Parachute Infantry Regiment bonded and went on to distinguish themselves during the invasion of Normandy and the siege of Bastogne during World War II.

The buildings at Camp Toccoa were built in the 1930s by the WPA and the CCC. Today, only a single building and a water tower still stand.

Currahee, the southernmost peak of the Blue Ridge mountain chain that juts from the rolling hills of the Piedmont, takes its name from a Cherokee word meaning “stand alone.” And the young troops who trained on that mountain would yell “Currahee” as they parachuted from their planes. In that moment, they were indeed on their own. And yet, like all of us, they became stronger when they reconnected with their comrades on the ground. Today “Currahee” is the battle cry of the 506th Infantry Regiment.

?Camp Toccoa subjected the young men who trained there with many rigorous physical challenges to help prepare them for battle.  One notable event was the 115 mile march from Camp Toccoa in December 1942  where they boarded trains for the remainder of the trip to Fort Benning. The four day hike was a challenge to best the Japanese record of a similar maneuver

A winding, slowly climbing dirt road from the camp leads to the top of Currahee Mountain — a three-mile route along which these young soldiers hiked and ran in seemingly endless drills to condition themselves for combat. The roads up Currahee Mountain remain as U.S. Forest Service roads and as a reminder of the cadence used by training soldiers, “Three Miles Up, Three Miles Down,” as they used these roads for their hikes and runs. A memorial to the 101st Airborne stands at the camp entrance, and five miles away, the Stephens County Historical Society’s Currahee Military Museum in Toccoa tells much more of the story.

The camp ceased to function as quickly as it had been converted to a military training post. Ownership returned to the state of Georgia, which used it as a juvenile detention center and then a prison for adults before leasing it to a textile mill that eventually closed. Few structures remain from the period of its brief military use: a water tower, a modest single-story structure, a well, fire hydrants, and some curbs that outline former streets. The rest of what was Camp Toccoa is flat, barren land, sprinkled with saplings.

And that would be the end of the story if we were to forget why the camp came into being and if we were to ignore the lives — and deaths — for which those young men prepared themselves in a war that changed the course of human history.

In recent years Camp Toccoa has become a destination for historians, tour groups, reunions, and especially veterans returning to visit their “home” during training.  Currahee Mountain is part of the Piedmont province and rises sharply about 800 feet above its surroundings and is the highest peak in Stephens County. Also adjacent to the Chattahoochee National Forest, Camp Toccoa has become a favorite place to camp, hike, horseback ride, sightseeing, and to run footraces following the footsteps of the soldiers ran nearly 80 years ago.

In nearby Toccoa the Stephens County Historical Society maintains the Currahee Military Museum at the site of the old train depot where soldiers arrived before they made the five mile hike to Camp Toccoa.  The Museum houses photos, documents and memorabilia of WWII including an actual stable that housed members of the PIR before and after D-Day.

“Our dead are never dead to us until we have forgotten them,” wrote George Eliot. So true. It is our memory that gives meaning to the Camp Toccoas of our lives.

Compiled from excerpts from Camp Toccoa at Currahee website and a column by Jamil Zainaldin written for the Saporta Report in Atlanta.