For more information about Band of Brothers please visit our museum page and Camp Toccoa page.

Band of Brothers is a 2001 American war drama miniseries based on historian Stephen E. Ambrose’s 1992 non-fiction book Band of Brothers. The executive producers were Steven Spielberg and Tom Hanks, who had collaborated on the 1998 World War II film Saving Private Ryan. The episodes first aired in 2001 on HBO. The series won Emmy and Golden Globe awards in 2001 for best miniseries. 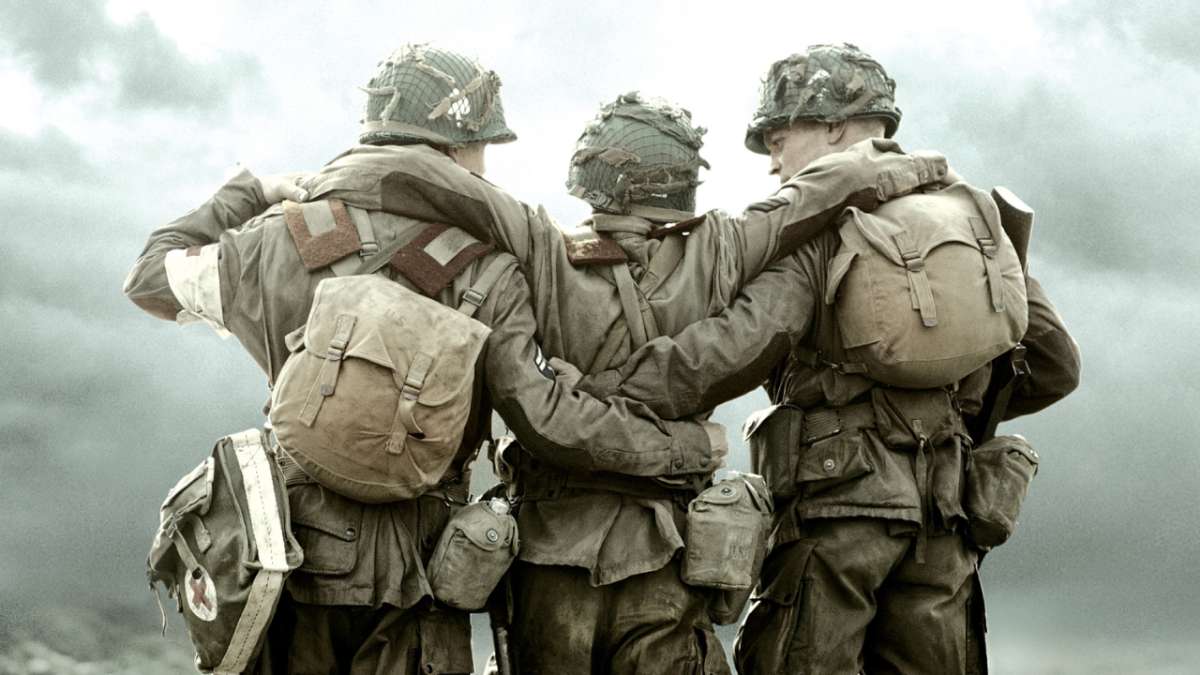 The series dramatizes the history of “Easy” Company, 2nd Battalion, 506th Parachute Infantry Regiment, of the 101st Airborne Division, from jump training in the United States through its participation in major actions in Europe, up until Japan’s capitulation and the war’s end. The events are based on Ambrose’s research and recorded interviews with Easy Company veterans. The characters portrayed are based on members of Easy Company. Some of the men were recorded in contemporary interviews, which viewers see as preludes to each episode, with the men’s real identities revealed in the finale.

The title for the book and series comes from the St Crispin’s Day Speech in William Shakespeare’s play Henry V, delivered by King Henry before the Battle of Agincourt. Ambrose quotes a passage from the speech on his book’s first page; this passage is spoken by Carwood Lipton in the series finale.

Starting with jump training at Camp Toccoa here in Stephens County, Band of Brothers follows the unit through the American airborne landings in Normandy, Operation Market Garden, the Siege of Bastogne, and on to the war’s end. It includes the taking of the Kehlsteinhaus (Eagle’s Nest) at Obersalzberg in Berchtesgaden and refers to the surrender of Japan. Major Richard Winters (1918–2011) is the central character, shown working to accomplish the company’s missions and keep his men together and safe. While the series features a large ensemble cast, each episode generally focuses on a single character, following his action.

As the series is based on historic events, the fates of the characters reflect those of the persons on which they are based. Many either die or sustain serious wounds which lead to their being sent home. Other soldiers recover after treatment in field hospitals and rejoin their units on the front line. Their experiences, and the moral, mental, and physical hurdles they must overcome, are central to the narrative.

The production aimed for accuracy in the detail of weapons and costumes. Simon Atherton, the weapons master, corresponded with veterans to match weapons to scenes, and assistant costume designer Joe Hobbs used photos and veteran accounts.